If you’re a music lover, the chances are high that you’ve probably heard of the word 7.1 channel audio at a particular moment in your life. But if you had ever considered what it truly means?

If you’re in the market for a new set of speakers, it’s a number you’ll want to be sure you understand. There are many different options for the audio output you will want to make sure that you consider your unique needs and desires. The key number in this equation is 7.1 Channel which will affect what other numbers should go with it so that you enjoy the most enjoyable sound possible.

Stereo and multichannel system channels are frequently confused. This post will look into what the 7.1 channel means and other associated information.

What Does 7.1 Channel Mean?

The term “7.1” refers to the number of discrete channels (seven) and the number of speakers (one). The 7.1 channel configuration is currently the most prevalent format in home theater systems, with some professional applications, such as broadcast television, also using this configuration.

It enhances the traditional six-channel (5.1) audio setup by adding two more speakers. The conventional front left and right, center, and LFE (subwoofer) speaker layout is used in 7.1 surround sound spatial audio, just as it is in 5.1 surround sound.

The surrounding speakers are arranged to the flank of the listener, while the back speakers are located behind the audience in a 7.1 surround sound home theater setup. Due to the implementation of Dolby Pro Logic IIz and DTS Neo:X, 7.1 channel audio could also refer to 7.1 surround sound systems with two forward height channels located next to the front channel or two forward wide tracks located between the front and surround channels.

In a 7.1 channel section, the information from the surrounding and rear channels is split into four streams. The left and right stereo channels are used for ambient noises and atmosphere. The atmosphere and sound effects in the back are routed through two rear or back channels.

Lets discuss the variations of the 7.1 channel speakers in detail.

The Dolby Atmos sound system format necessitates the inclusion of two-height speakers to a 7.1 channel setup. To accommodate this, Dolby Surround sound speakers home theater receivers or combined home theaters can reassign the surrounding rear channels as heights and above tracks.

According to Dolby, sounds coming above from your ears were better to hear than noises coming over behind your ears. Rise or ceiling-mounted loud speakers can do this, with roof speakers offering the best results.

Bi-amping is another 7.1 channel configuration option that your receivers or system may offer. Your speaker(s) should be without midrange or treble and the bass for using this option (Not to be confused with such a sound system, which is a loudspeaker in its own right.)

A powered Zone 2 feature is available on most 7.1 channel home theater receivers. Users can use the same receiver to set up 5.1 channels in one area and then reassign the unofficial stereo channels to drive a wired stereo amplifier pair in another room.

It involves listening to a 5.1 channel home theater source linked to the reception in one room while also listening to a two-channel stereo provision of the public to the same receiver on the Zone 2 loudspeakers, including a CD player or Radio broadcasting.

As you can see, you now have a better understanding of what the 7.1 channel entails, so you can make your home cinema system decision that much easier.

When it comes to the best 7.1 channel system, you will no longer be stumped on what 7.1 channel means. It’s a simple number to remember and helps you select the right surround sound system for your home entertainment needs. 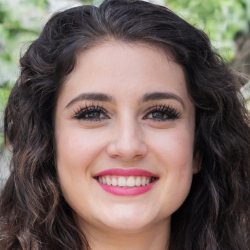 Mia Evelyn is a soundbar specialist and she love to test and review different soundbar brands. She shares her neutral and in-depth reviews through the Soundbar Mag.